The Nagas are generally believed to be a people of Mongolian descent who migrated to the hilly regions of what is now northeast India and Burma centuries ago. Where the name, “Naga” comes from is unclear. The word might be derived from the Hindi word for “naked” and may have first been used by the people of Assam to describe their primitive neighbors. But this is debatable and there are other possible explanations.

The Nagas were originally warring, savage people who practiced headhunting and had little contact with the outside world. In their early history it was not uncommon for one village to attack a neighboring village, killing and beheading their enemies in the process.

Naga warriors periodically descended from their mountain top villages to raid the tea gardens of Assam in the valley below. These frequent raids compelled the British to engage the Nagas in armed conflict which resulted in most of the Naga inhabited territory coming under British rule in India.

The Nagas were formerly animists who worshipped nature and offered animal sacrifices to appease evil spirits. The gospel of Christ first came to the Nagas more than 125 years ago through American Baptist missionaries.

The first missionary to attempt to evangelize the Nagas, as far as we know, was a man named Rev. Miles Bronson. He lived for a few months among the Nagas in 1841 but was forced to leave due to illness, lack of food and poor living conditions. 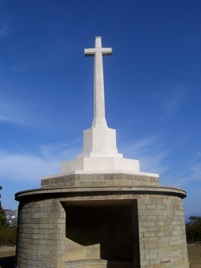 In 1868 Dr. & Mrs. E.W. Clark sailed from Boston, headed for India to relieve another missionary who was due for a furlough. Dr. Clark was posted to the Baptist Mission Station in Sibsagar, Assam as superintendent of the mission printing press. While in Sibsagar Clark first encountered some Nagas who had come down from the mountains for trade. They were curious to see Clark’s printing press and Clark was equally curious to know more about these strange visitors from the hills. Clark immediately sought how to bring the gospel to the Nagas.In 1871 an Assamese evangelist named, Godhula, was sent to live in Dekha Haimong village which was located near Sibsagar. At first the evangelist was not warmly received and was viewed with great suspicion. He was given a rude hut to live in at the edge of the village. But when the villagers heard Godhula singing hymns with a deep melodious voice, they were irresistibly drawn to him. Godhula immediately began to share the gospel with his Naga hosts.
The following year Godhula returned to Dekha Haimong with his wife Lucy. The Nagas welcomed him, built a small chapel for him, and soon Godhula was able to lead nine men to Christ. These new believers accompanied the evangelist back to Sibsagar where they were baptized.

The door was now open for Dr. Clark to work and eventually live among the Nagas. Clark moved from Sibsagar to Dekha Haimong village to begin his missionary work. But the progress was slow and soon the entire village was divided. Some of the villagers were receptive to the gospel message, but others were hostile, being convinced that Clark was a spy for the British Empire. The divisions became so deep that eventually a small group of fifteen families along with Clark left Dekha Haimong village in 1876. The remaining villagers of Dekha Haimong taunted Clark and his band of followers as they left. Clark and company formed a new community that was receptive to the gospel and this new village was named, Molung.

Clark had actually settled in among the Ao tribe of the Nagas at a time when villagers of the same tribe often fought each other in brutal fashion. But as the Nagas received Christ they were transformed into a peaceful and civil people. Soon the gospel message spread to others in the Ao tribe. The American Baptist Mission soon began to send other missionaries to reach all the Naga tribes. Eventually, mission stations were planted throughout the Naga inhabited territory.

By the early 1900’s there was a strong Christian witness among the Nagas. In 1905 Clark wrote:

“Thirty years ago I took up residence in these Naga hills in a village where some work had been done by a native evangelist. Save at this place, over all these ranges of hills hung the black pall of heathen, barbaric darkness. Now from some twenty of the fifty or more villages crowning the mountain crests floats the glorious banner of Christ, held by Naga disciples. The softening light of Christianity is here. Soon the broad daylight with its transforming power will reveal a Christianized people.” 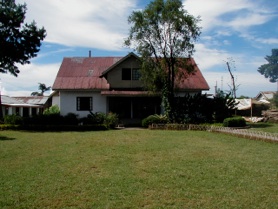 Contrary to the widely held view that the Nagas were quickly and easily evangelized, it appears that in reality the work among the Nagas was slow and arduous. According to Dr. Clark’s own writings, after 30 years of missionary endeavor, still only about 20 of the villages in his area had been converted to Christ. By World War II still the majority of the Nagas were not Christians. However, the “twilight” that Clark described was soon to turn to “daylight.”
In 1947 India gained independence from Britain, and in a backlash against anything colonial, the predominantly Hindu Indian government expelled all foreign missionaries from the country. However, the work begun the American Baptists continued on by indigenous preachers. The number of Naga believers greatly increased in the decades following independence. But even as late as the 1970’s there were still some Naga tribes who had not been evangelized. By the 1980’s many of the Nagas living in Burma were still animists, and some may still be to this day.

However, the question must be asked: Were the Nagas evangelized or only Christianized? Were the Naga people truly born again or did they merely embrace a Christian religion?

I have lived in Nagaland and pastored a church there for 15 years. In my opinion, I believe those first converts to Christianity were genuinely born again. In those early years, Nagas who rejected animism in favor of Christ faced opposition and persecution from their fellow tribesman. Many first generation Naga Christians were ostracized and banished from their villages. Yet they remained faithful to the Lord.

I should also point out that though Dr. Clark and the other missionaries who followed, offered limited medical assistance and education to the Nagas, they never used any enticements or the lure of money to attract converts. They simply preached the gospel.

In the years that followed, after the departure of the missionaries, there occurred mass conversions when whole villages decided to become Christians. I do question during that time if these people were born again or merely Christianized. In other words, once it became more popular to be a Christian in Nagaland, the churches were flooded with insincere people.

One thing is absolutely clear: while 95% of the Nagas today may claim to be Christians, the percentage of actually born again–saved by the blood, having eternal life with Christ living in their hearts–that number is much, much lower.
How many Nagas today are actually saved? Only heaven knows.

But the gospel must be presented to each generation. The only cure for nominal Christianity is the pure Word of God preached by the power of the Holy Spirit. 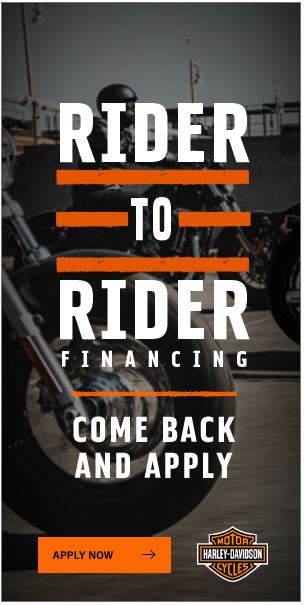